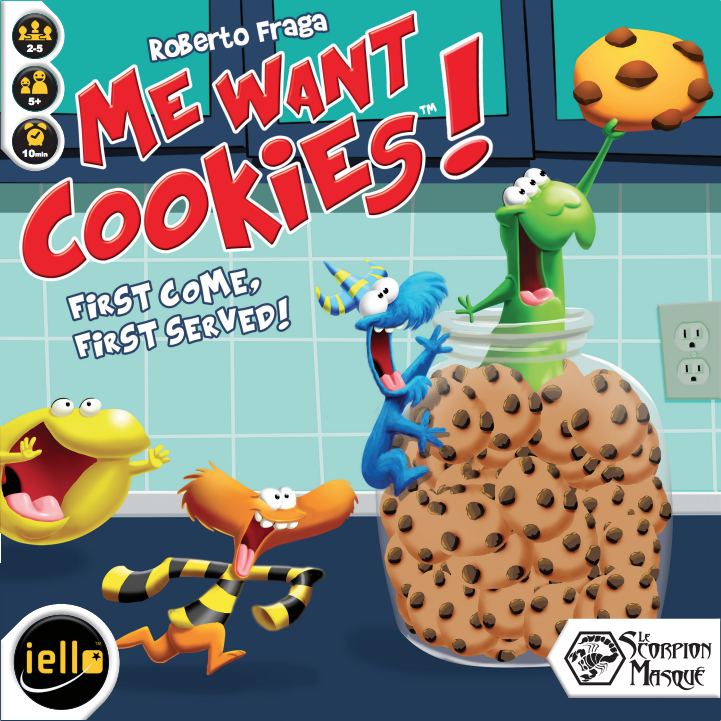 Let’s participate to the greatest race in the world ! YUMMY, YUMMY !… At the signal, follow the lines, from card to card and find which cake your little monster must eat !

A LA BOUFFE ! Is a very simple game. It litterally takes seconds to explain it. It contains a deck of cards, a colored dice and 6 little colored wooden cakes. The idea is to observe the cards to find the right sequence that leads to the correct cake, as fast as possible.

One player shuffles the cards and places three at the center of the table. He rolls the die and the mental race begins. The die indicates a color. On the first card you must spot the cake that matches the color of the die. Then you must follow the line that leads to a second cake. Find that cake on the second card, follow the line… The final color indicates which wooden cake you must grab.

You can change the difficulty by choosing easy cards (shorter lines), or harder cards (longer lines, much more entertwined). You can also vary the number of cards in play. A turn is very fast and lasts only a few seconds and you can play many turns in a row.

ME WANT COOKIES ! Is a very simple game that stimulates your wits. It’s easy to play at any age, even among adults (like jungle Speed), but it is both smplier and more hectic.

AMAZING RACE is the Taiwanese version of A LA BOUFFE ! (by SCORPION MASQUÉ), and SAN ROBERTO (HABA), by KANGA GAMES. Thank you Byron !

The idea came from those games you find in newspapers, in which you must find your way in a maze of threads. The innovation is to create a unique sequence of cards for each game !

My first prototype was set in the universe of the faeries, but HABA chose to turn it into a car race. I would thank them for the name of the french version : GRAND PRIX DE SAN ROBERTO. It’s a great honor to have a game titled after you.

A few years ago, I went to an Orthoptist, and each time I used one of his machines i though about that game. I eventually offered her a copy. A few weeks later, she sent me an email, telling me that she used the game , and even advised other doctors to use it for their sessions !

ME WANT COOKIES/SAN ROBERTO/AMAZING RACE is one of those games that can easily be adapted in giant versions. You just have to print 5 yellow cards (easy), 3 red cards (hard) on A3 sheets, and number them from 1 to 8.

Then put them randomly on walls of a big room, gather the players around the N°1 and let them run around to find the sequence that goes from card to card.

The first player to give you the color of the finish car wins. It’s giant !

As IELLO (The French distributor) has unfortunately stop it, the game is available in France. 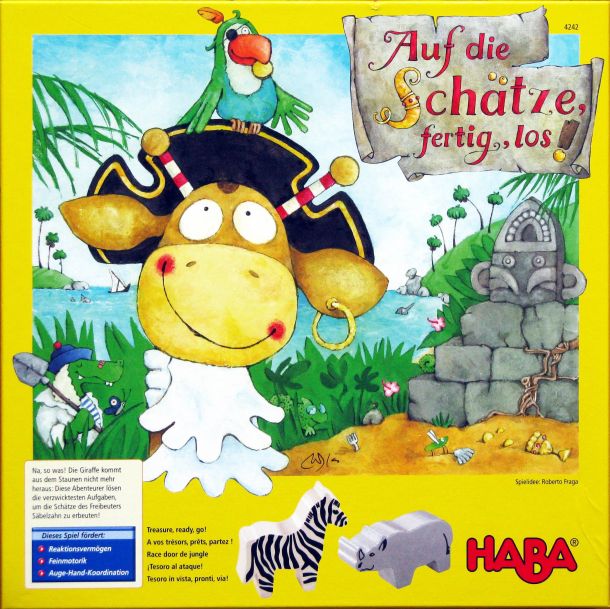 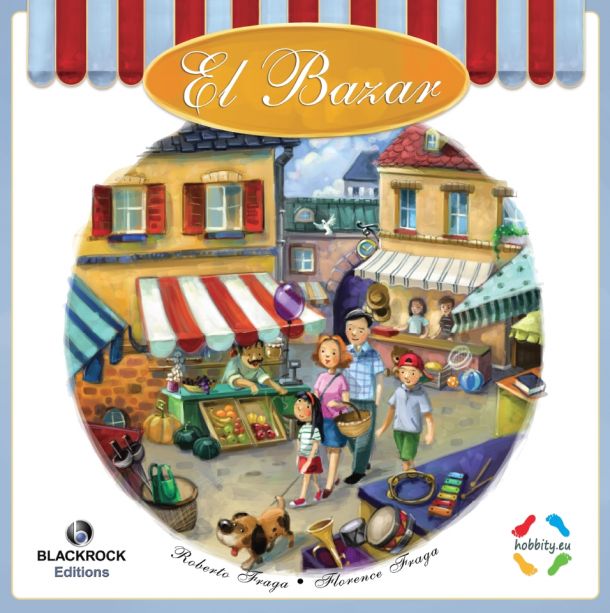 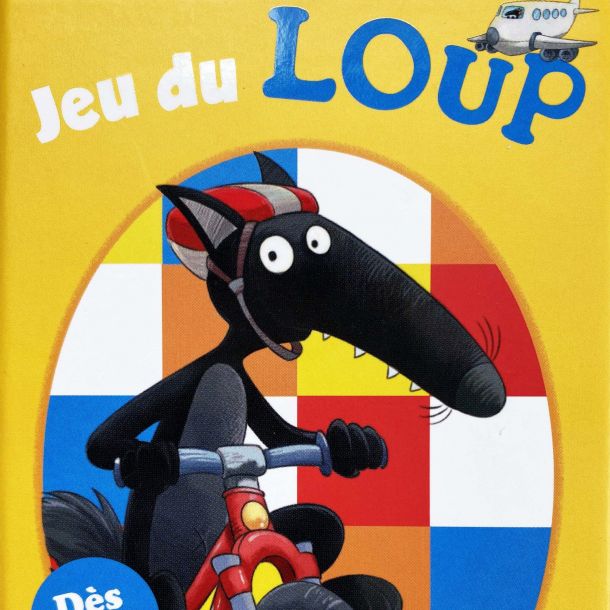