MILKY WORDS, is just 13 letter dice in a milk bottle. And that's all folks !

The rule is as clear as skimmed milk. You take 3 dice out of the bottle, and you have to find a word that includes the GREEN letters but not the RED ones. The first to do so wins a dice as a point, then we roll out another dice to always have 3, and so on.

If you have two identical letters but a different color (RED and GREEN), the first to catch the bottle wins the point. We also have some special dice as a bonus.

When all the dice have been used, the game is over. Whoever wins the most is the winner. and that's all !

MILKY WORDS is a new version of my game IN EXTREMIS (Cocktailgames), as a dice game. It is currently published by Family Games America and available only in North America. 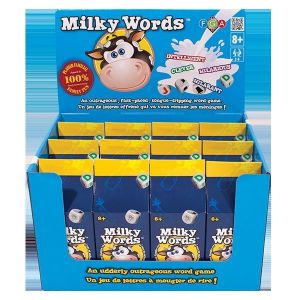 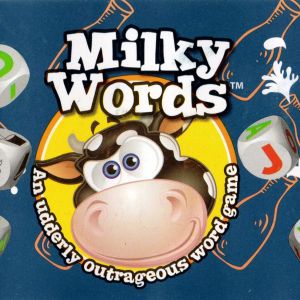 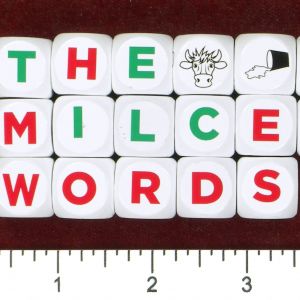 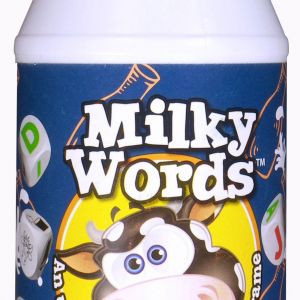 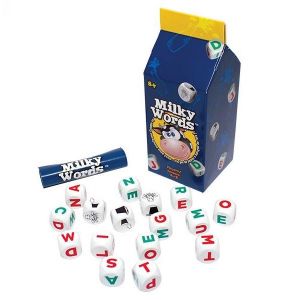 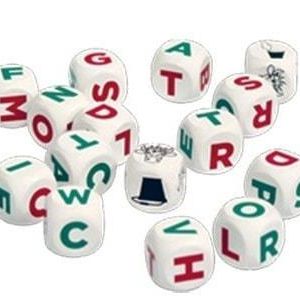 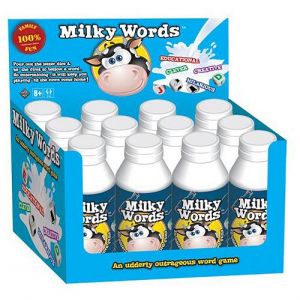 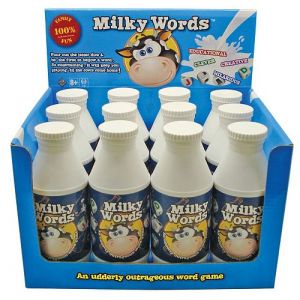 I have always give a lot of importance to also creating original packaging for my games, like for DANCING EGGS (Haba) which is in a real eggs box and CHOCOCHULO (Djeco) which was in a wonderful chocolates box.

For MILKY WORDS I thought of a bottle of milk, which could also serve as a totem to catch and which was a packaging never before used in the game world. It is also the success of BANANAGRAMS (In the USA), a game of letters in a Banana-shaped satchel, which reminded me of the milk bottle.

As my awesome speed letter game, IN EXTREMIS, was again available, I decided to adapt it for the milk bottle and the US market, as a dice game, which made it even more dynamic.

The only problem is that you really have to put the bottle of MILKY WORDS back in the fridge after use! 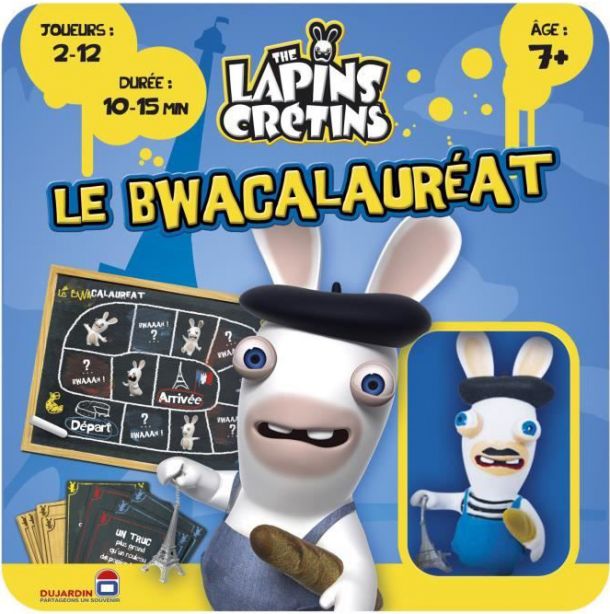 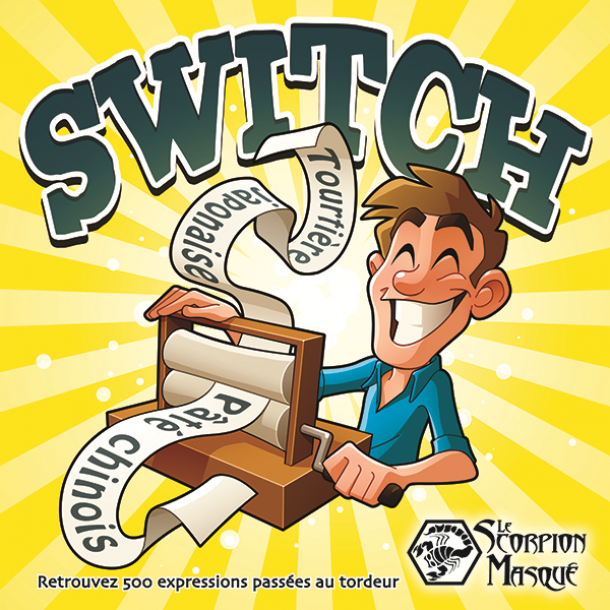 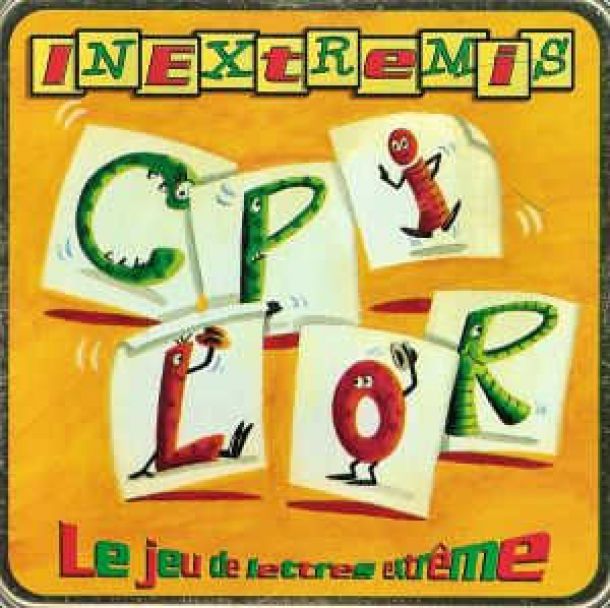 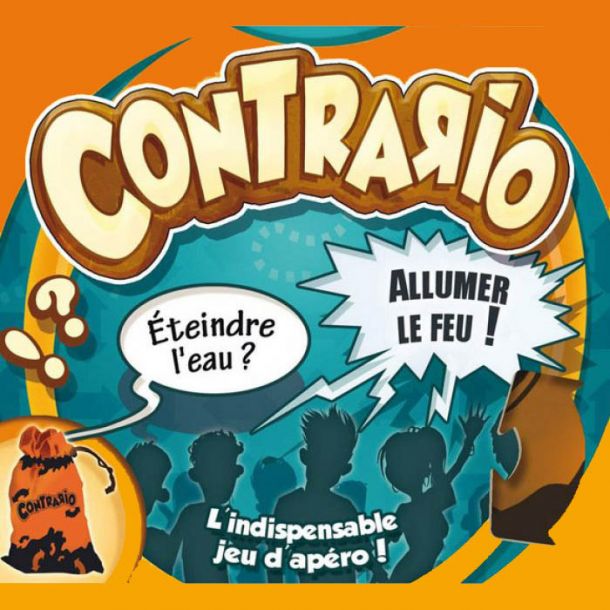