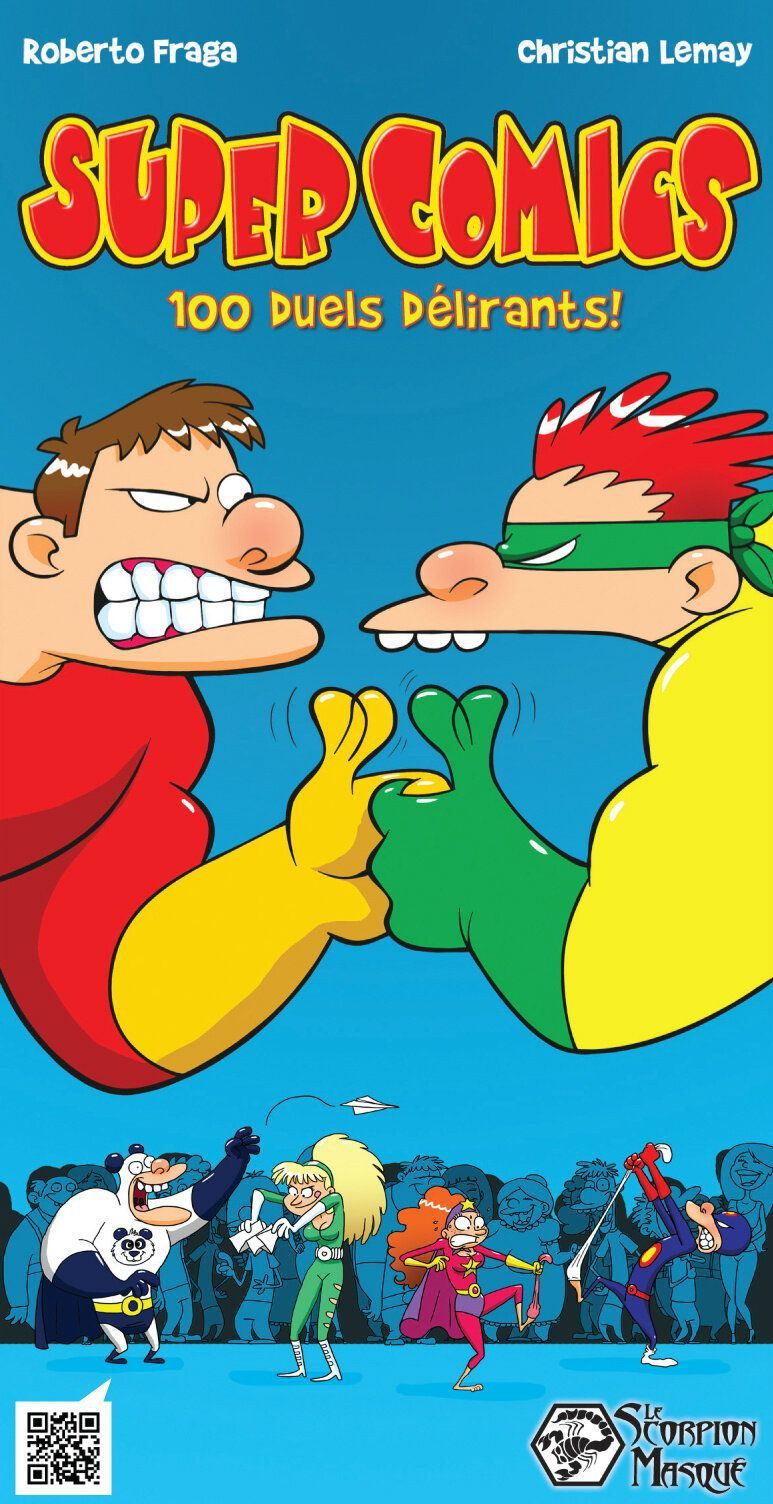 SUPER COMICS is a great party game in a small box, and based on funny duels.

The city of Villopolis is organizing a competition to determine which superhero has the greatest superpowers! Using their breathtaking breath, lightning reflexes and super powerful brains, each player will try to prove to the other super pretentious that only he deserves the title of "Super Super"!

In SUPER COMICS, players compete in duels as varied as they are wacky: speed, skill, knowledge, ingenuity, memory… All talents are thus put to the test. SUPER COMICS offers three game modes: with “Solitary Heroes”, everyone plays in turn; for large groups, it is possible to form teams of vigilantes; finally the "Apocalypse" mode allows all the heroes to play AT THE SAME TIME !!

SUPER COMICS also has one of the simplest rules on the planet: 1. Everyone challenges an opponent - 2. We turn over a Duel card and we play!

Some examples ? Be the fastest to take off your left sock - Invent the craziest machine possible - Make a paper airplane - Write the alphabet backwards ...

Are you super ready ?

During the 2005 Rencontres du Corsaire Ludique, I created a collective game called KOOL POZITION. The game had worked very well with almost 60 people. Then the idea fell into oblivion.

In 2008, the theme of the Rencontres du Corsaire Ludique being the Academy of Super Z'Heroes, I reconnected to the KOOL POZITION project and decided to make a super hero version of it, with silly, basic and crazy events, while having 2 rules: one individual rule and one per team to play up to 20 people.

I perfectly remember the photoshoot where I took Florence (my wife) disguised as Wonder Woman, in all kinds of heroic situations, to illustrate the cards of my prototype which I later called SUPER Z'HEROS.

May the joke be with you! 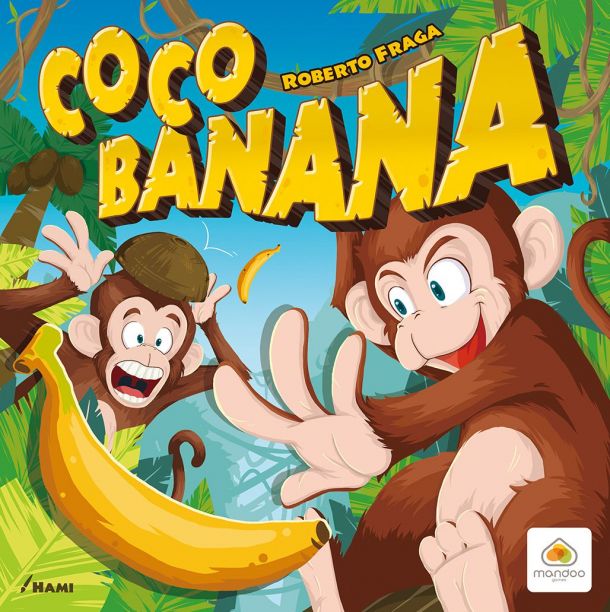 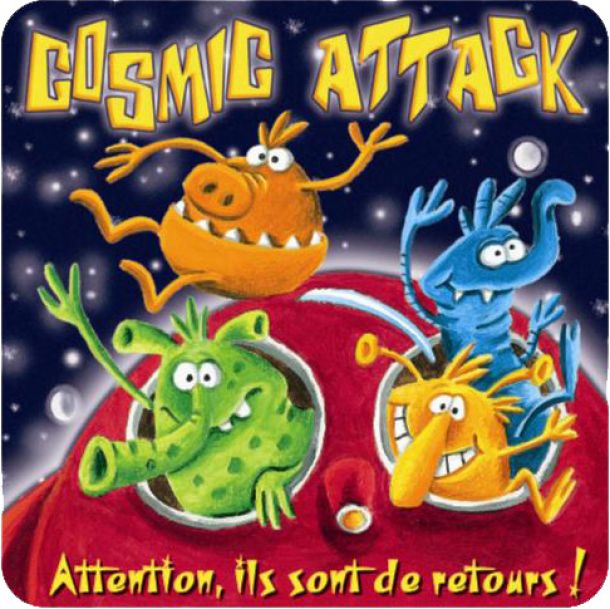