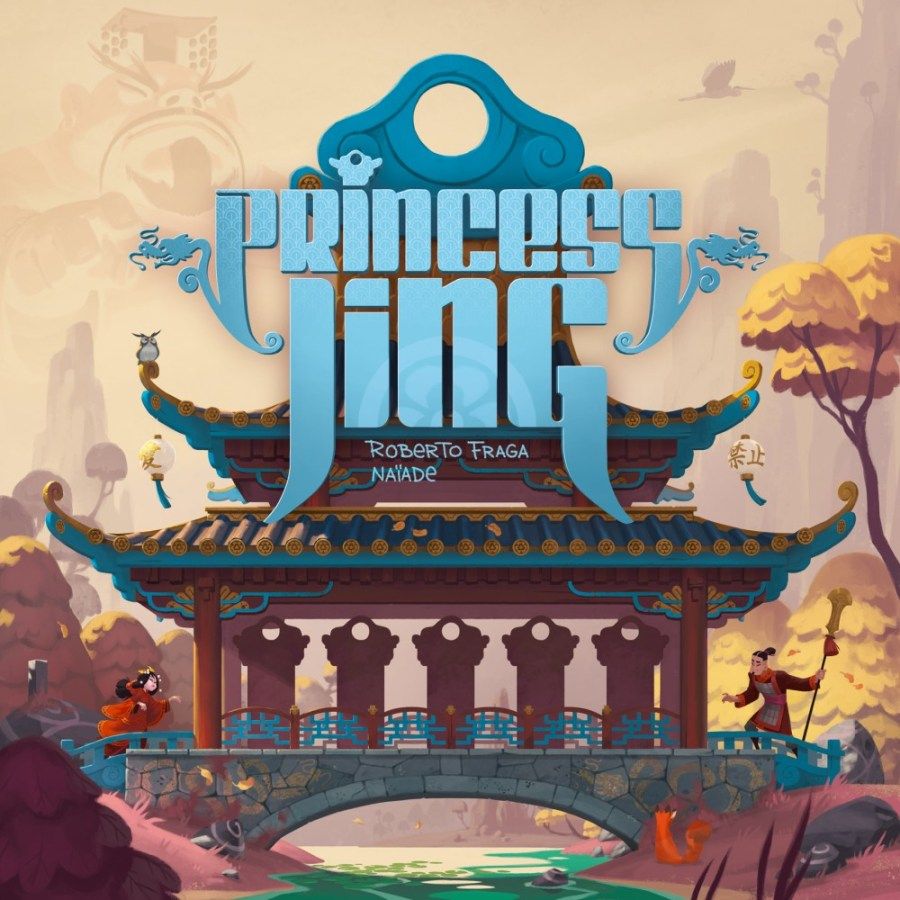 The princess wants to escape, but the forbidden city can become a maze and mirrors can hide exits as well as traps...

During the Ming dynasty, two princesses are held prisonners in Beijing’s Forbidden City.

Princess Jing and her sister Fang are about to be married to two old mandarins. They are not allowed to talk to any other men.

Hidden behind their folding screens, they do talk to two captains of the Imperial Guard and love starts to bloom… They both decide to run from the palace, throught halls, mirrors and columns, to reach their loved ones.

Their servants will help them escape by dressing with the same outfits the princesses are wearing. Now only the crows can give away the identity of the princesses.

The idea of the game came in 1998 when I was watching a video clip of Micheal Jackson : Do you remember the time. The action takes place in the palace of a Pharao, so I called the prototype Akhenaton.

Between the first prototype and the published game, 20 years have passed.

20 years of an incredible adventure that you can follow here :

From AKHENATON to PRINCESS JING :