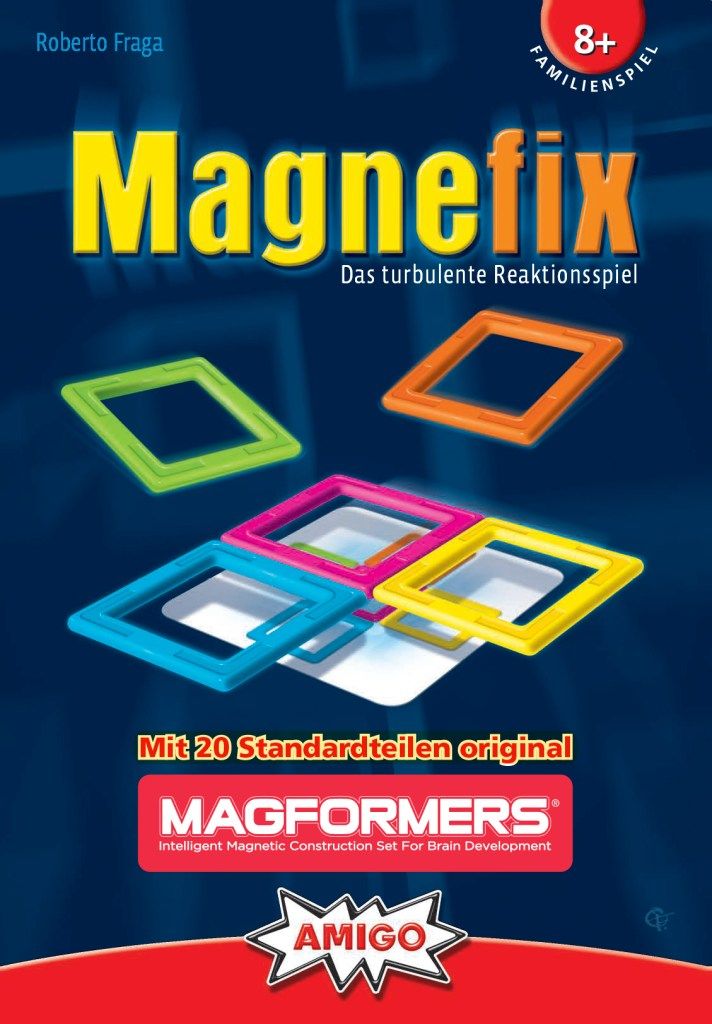 With Magnefix stay connected thanks to the 20 Magformers included in the box!

Each player has 5 Magformers of different colors. You turn over a mission card and you have to place them very quickly to do what is shown on the card.
But BE CAREFUL, you will always have to use ALL your 5 pieces and you will sometimes have to hide some of them.
Some figures have to be assembled flat, others vertically, and sometimes these two modes will be mixed.

In addition, the Magformers, which are magnetic plastic squares, have an annoying tendency to connect as they want !

So be keen, observant, quick and… connected! 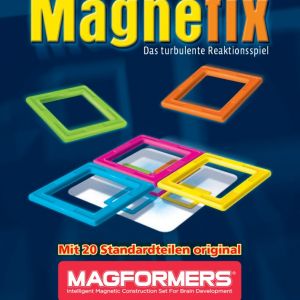 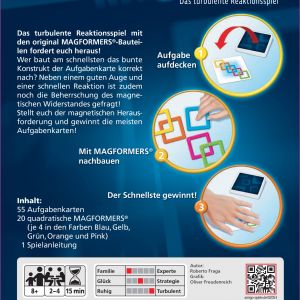 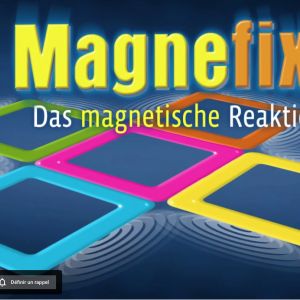 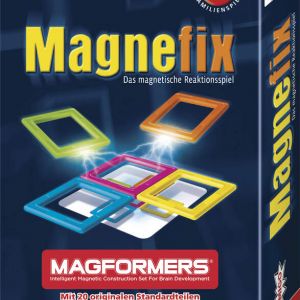 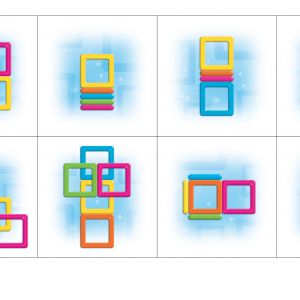 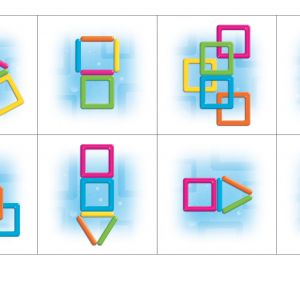 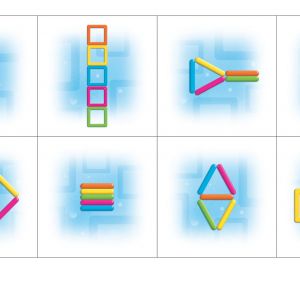 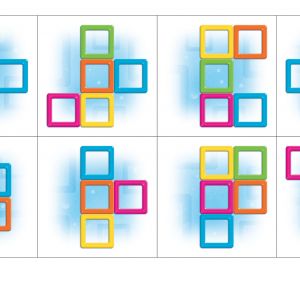 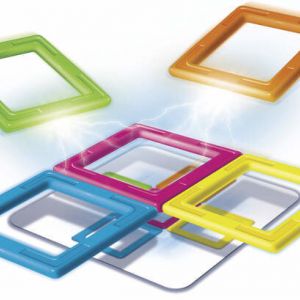 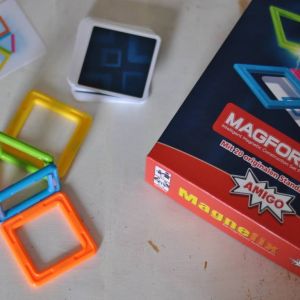 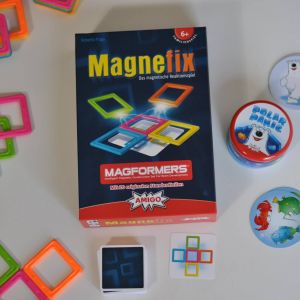 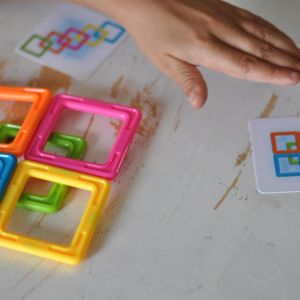 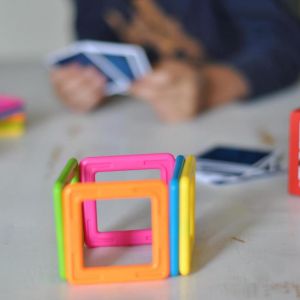 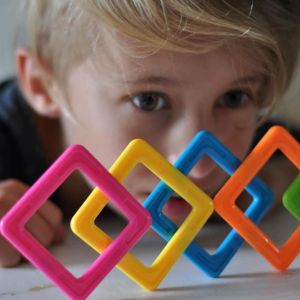 The creation of MAGNEFIX is rather incredible.
In 2017, my friend Matthieu D’EPENOUX launched into the distribution of MAGFORMERS on French territory.
During an internship in Seoul he offered Mr. PARK, the big boss, to put an author to work to create a game using these MAGFORMERS, which are already a worldwide commercial success as a toy.

Matthieu then offers me to work on the game and I create KONEX.
During the Nuremberg Toy Fair of 2018, I present the game directly to Mr PARK and all its worldwide distributors, on their stand.
Everyone thinks the idea is great except the big boss who is not at all interested in the board game market. Bad luck today !

The same day I then present the game to a very large global publisher well known by the French players.
They then send a salesman to Seoul to negotiate with Mr. PARK for the use of MAGFORMERS in a game.
Another failure. This big publisher then tries to manufacture his own pieces but without satisfactory results.
Back to square one.

At the Essen 2018 show, I then presented the game to AMIGO, a German publisher that I had not met for 20 years.
They love the game too much and send a German salesman to Seoul to negotiate with Mr. PARK.
And that works !

The game will therefore use 20 MAGFORMERS and will be called MAGNEFIX.
Release scheduled for October 2020 (During the Spiel digital), first on the German market and then throughout the connected galaxy ! 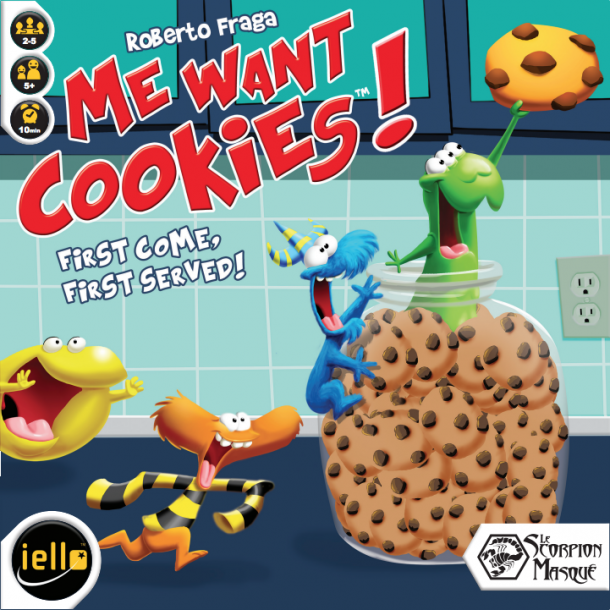 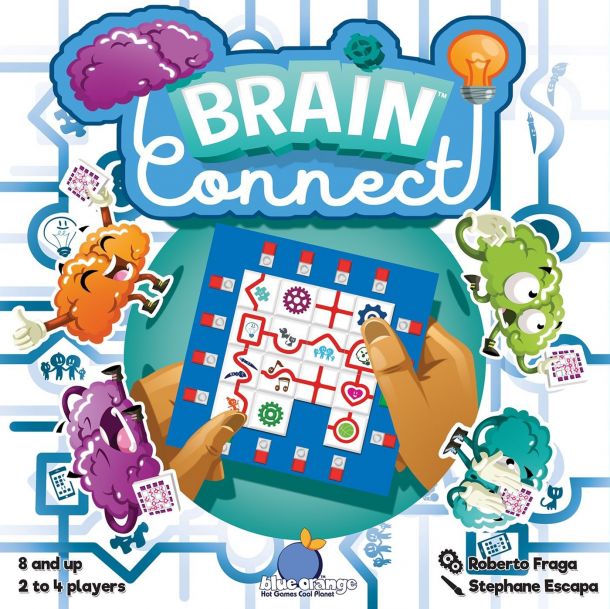 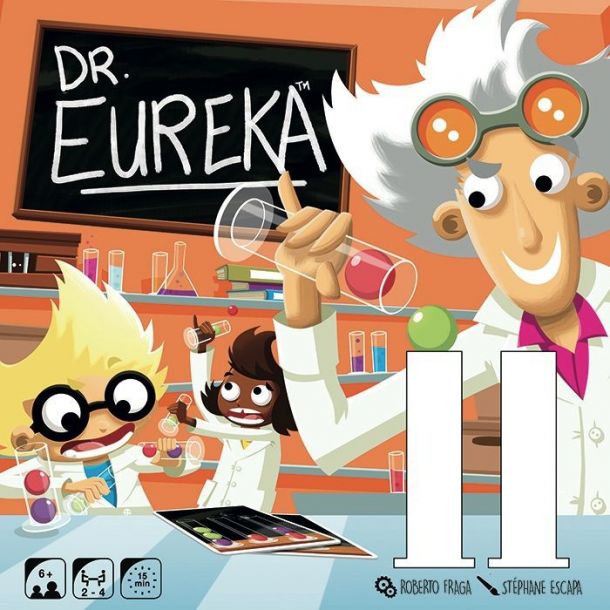 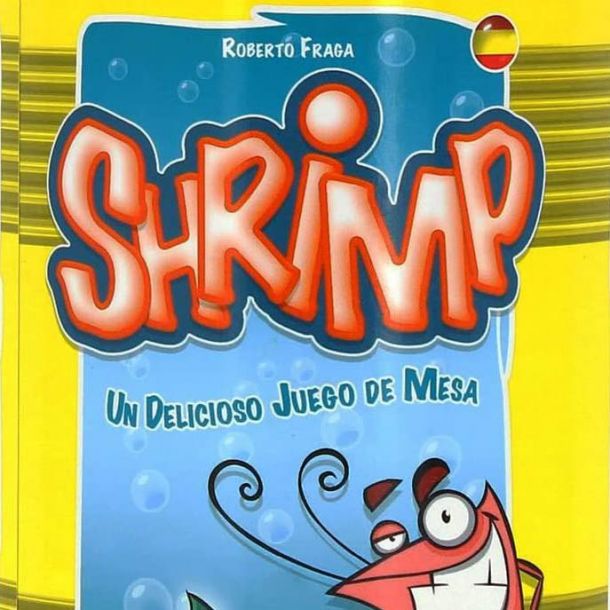